Dr. Jasser joined Fox and Friends to discuss his article in the Wall Street Journal that looked at the case of Pvt. Naser Abdo to highlight changes neeed within the U.S. Military and how it address the radicalization of Muslims in the ranks.

There should be a moratorium on granting conscientious objector status to Muslims based on claims of religious faith.

Our armed forces are becoming ground zero for American Muslims in the ideological struggle between Americanism and Islamism. U.S. Army Pvt. Naser Abdo points to that serious conflict.

Pvt. Abdo was arrested recently in possession of weapons and explosive materials. Investigators say he told them he planned to attack the military. The private has publicly complained that he faced discrimination because he is Muslim.

How many Islamists gone militant do we need to attack us before our military addresses radicalization among its Muslim members? Political correctness and denial are not working.

The vast majority of Muslims serve with honor and distinction. They are not the problem. The problem is the subset of Muslims who are Islamists.

Naser Abdo was arrested on July 27, 2011, in Killeen, Texas, in a motel near Fort Hood, site of the massacre in November 2009. As he was led out of a federal courtroom, he shouted “Nidal Hasan Fort Hood 2009!” And like Maj. Hasan, the shooter in that massacre, he did not become a militant overnight. Radicalization is a natural evolution for an individual consumed by the narrative of anti-American, theo-political Islamism.

There is an irreconcilable conflict between allegiance to the United States, with its secular Constitution, and fealty to the consciousness of an Islamist state that centers on the Quran as its constitution and the ummah (Muslim nation) as its global citizenry. The crucial question a Muslim soldier needs to be asked is this: “Do you have any sense of loyalty to the ummah and its Islamic state?” Those who answer in the affirmative pose a problem.

The Pentagon’s 2010 after-action report, “Protecting the Force: Lessons from Fort Hood,” revealed a blind spot by failing to address the warning signs of Islamist radicalism that were abundantly clear prior to the massacre. Pvt. Abdo’s history has shown again that our military leadership is not equipped to deal with the challenges political Islam presents to national security and the protection of our armed forces.

Naser Abdo joined the U.S. Army infantry in August 2009, only to demand in June 2010 that he be granted conscientious objector (CO) status and be discharged before he deployed to Afghanistan. Claiming the Army was delaying his CO application, he hired a civilian attorney and established a grievance mill for Islamists on the Web.

His public pleas that his faith and military service were incompatible vacillated between alleged obstacles to his religious practices, unsubstantiated claims of harassment, and a refusal to go to Afghanistan. He claimed that an abundance of religious sources told him to abandon a non-Muslim army. He told ABC News that he wanted out so he could spend his time combating Islamophobia. In my own 11 years of service, not once did I feel a conflict between my orthodox practice of Islam and my service as a Naval officer.

The assistant deputy secretary of the Army granted Pvt. Abdo his CO status this year and recommended dismissal from the service. But in the meantime he was charged by the military for possession of child pornography on his government computer and went AWOL from Fort Campbell, Ky. He was apprehended when a gun store owner in Killeen, Texas, reported his suspicious purchases and behavior to the police. 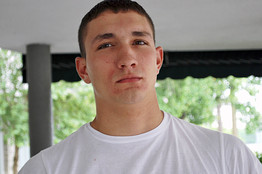 Pvt. Abdo has been indicted by a federal grand jury on weapons charges, is being held without bond, and has yet to enter a plea. He was set to appear Thursday in federal magistrate court but chose to waive his arraignment and will not appear.

Pvt. Abdo’s arrest removes any threat he may have posed to the military. But the Army’s approval of his status as a conscientious objector will damage perception of Muslims in the military, because it implicitly validates Islamism as a belief system.

Muslims have fought many wars against other Muslims. Certainly, for the vast majority our allegiance is first and only to the U.S. and never to any Islamist constructs of the Islamic state, the ummah, or jihad.

Faisal Shahzad, the confessed Times Square bomber, stated to the judge at his arraignment, “We Muslims are one community. We are not divided.” He proclaimed that he was a “mujahid” or a “Muslim soldier.” Nidal Hasan similarly called himself a “Soldier of Allah.” This self-identification is central to the Islamist threat.

Yet the theological underpinnings of Islamist radicalization remain ignored by military officials, who fear appearing to discriminate against Muslim soldiers. That fear has been bolstered by leading Muslim Brotherhood legacy groups in America. Their platform of political Islam teaches Islamic revivalism and an aversion to the separation of mosque and state.

Salah Al-Sawy of the Assembly of Muslim Jurists of America (AMJA) concluded in a 2008 online fatwa, “As for optionally obtaining citizenship of a non-Muslim country it is definitely prohibited without a doubt, moreover it could be a form of apostasy.” An AMJA paper in 2009 stated that, “the basic conflict between the declaration of faith and testimony that there is no God except Allah and that Muhammad is the Messenger of Allah and the declaration and pledge of Allegiance of the USA is irreconcilable.”

These ideas need to be confronted. There are many Muslim leaders who can lead that defense of liberty and of the need to separate mosque and state. We must take their side over that of the Islamists.

Muslim servicemen and women need to speak up about the ideological struggle between Islamism and Americanism. For its part, our armed services should declare a moratorium on all Muslim requests for conscientious objector status claimed on the basis of their Islamic faith. And anti-Islamist American Muslims must develop reform-minded strategies to inoculate Muslims against Islamism.

Finally, the country needs to send a clear message that the Hasans and Abdos of the world will be prosecuted with the full force of the Uniform Code of Military Justice. America’s national security hangs in the balance.

Dr. Jasser is president of the American Islamic Forum for Democracy based in Phoenix, Ariz., and a former U.S. Navy Lt. Commander.

This editorial by Dr. Zuhdi Jasser, AIFD President, appeared in the Wall Street Journal on August 19, 2011 and can be found online at this link:

AIFD transcribed Anas Hlayel’s full sermon from his Eid al-Fitr address on August 30, 2011. This is provided to supplement our critique available online and done with hope for reform and progress.

Dr. Jasser joins Stuart to discuss what lies ahead for Libya and touches on Syria.