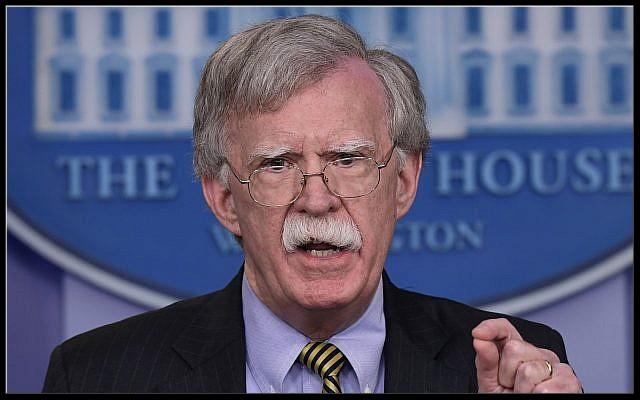 The  American Islamic Forum for Democracy (AIFD) today commended the Trump administration on the release of its new potent counterterrorism strategy. This long-overdue renewal of a White House counterterrorism strategy, last visited in 2011, addresses many of the issues that our Muslim Reform Movement(MRM) called out as problematic in the Obama administration’s 2011 strategy which avoided any mention of specifics regarding ideology, most notably, Islamism.
We are pleased to see that the generic, ineffective term “Countering Violent Extremism (CVE)” will no longer be used and are encouraged that it has been replaced with clearer verbiage that includes phrases like “terrorism prevention” and most significantly, the precise identification of the issue of radical Islamist ideology, or what we refer to as “Countering Islamism (CI).”

While some have attempted to minimize the significance of the changes to the strategy and portray it as a continuation of the strategy by previous administrations, we assert that with this new strategy this administration has demonstrated an unprecedented appreciation of the networks that are stemming from the Islamist ideology. The Trump administration seems to recognize that the Islamist ideology continues to loom globally and pervasively, sprouting new networks in response to the imminent decimation of ISIS. The new strategy appears to address the reality that Al Qaeda and other radical Islamist groups are on the rise, in that the new strategy calls for heightening technological, financing, and social media counterterrorism arms, to name a few.

We note that this 2018 report specifically states, “departments and agencies will investigate ties between domestic terrorists not motivated by radical Islamist ideology’s and their overseas counterpart to more fully understand them”.

“We remain hopeful that in identifying the connection between the global Islamist ideology and radical violent terror networks, this White House counterterrorism strategy will begin to engage Muslim reformers against Islamism, and work with them to implement both short and long-term strategic programs. Such programs are the only solution to the radical Islamist ideology, and will ultimately be far more effective than the past administration’s whack-a-mole CVE program. While we would prefer to see a White House counterterrorism strategy place more emphasis on offense (i.e. the advancement into Muslim communities of ideas related to liberty) rather than simply defense, we believe this is a very healthy start and a much more realistic approach to counterterrorism than the empty bromides of the Obama administration last presented in the 2011 strategy”.

It is our sincerest hope that the administration will quickly advance towards engaging groups like the American Islamic Forum for Democracy and our coalition in the Muslim Reform Movement to effectuate solutions against radical Islamism and the conveyor belt of global political Islam (Islamism) in advancing ideas of freedom, liberty and universal human rights as long-term solutions.

As American Muslim leaders, we come together to defend the US Constitution, uphold religious pluralism, protect American security and cherish genuine diversity in the practice of our faith of Islam.

The American Islamic Leadership Coalition (AILC) is a group of more than 25 organizations and leaders that are representative of the overwhelming “silent majority” of Muslims in America, who, like our brethren of other faiths, span a wide gamut of religious beliefs and adhere to diverse social and cultural practices. AILC was established in September of 2010 in Washington, D.C. Our mission is: “to defend the U.S. Constitution, uphold religious pluralism, protect American security and cherish genuine diversity in the practice of our faith.”

We acknowledge that Muslim radicalization is a ‘Muslim problem that requires a Muslim-led solution.’ The general failure of Muslims to confront radicalization head on has contributed to a rising tide of fear of Muslims in the West, which jeopardizes the prospects of a peaceful and harmonious future for Muslims and non-Muslims alike. Unlike most Muslim grievance groups, which deny and evade their American and Islamic responsibilities to lead counter-radicalization and reform efforts, AILC believes that it is our duty as Muslims, and Americans, to assist our government, our fellow citizens and our co-religionists in taking the difficult steps necessary to halt Muslim radicalization. For in the final analysis, only Muslims can counter and discredit the virulent theo-political ideologies that feed radicalization.

In the words of Kyai Haji Abdurrahman Wahid (1940 – 2009), Indonesia’s first democratically-elected president and long-time head of the world’s largest Muslim organization, the Nahdlatul Ulama: we seek to “restore honor and respect to Islam, which the extremists have desecrated… People who are convinced that they know more than anyone else about Islam, and yet are full of hatred towards any of God’s creatures who do not travel the same path as they; and those who claim to be in possession of the absolute truth, and for that reason entitled to act as God’s vice-regents (caliphs) on earth and to dictate how everyone else must live—clearly, their words and behavior will not lead us into the presence of God. Their dream of an Islamic state is merely an illusion, for the true Islamic state is not to be found in the structure of any government, but rather, in hearts which are open to God and all His creatures.”[1]

Our national counterterrorism strategy has, to date, consisted of little more than a “whack-a-mole” program, which has yet to prescribe any comprehensive treatment directed at the root cause of Islamist terrorism, the theocratic, statist ideology of political Islam. For this reason, ten years after 9-11, the threat of homegrown Islamist terror has never been greater. Rather than continue to bury our collective heads in the sand, we must courageously recognize, acknowledge and act upon the fact that the vast majority of contemporary terrorism is fueled by Islamist ideology. Militancy and violence are natural outgrowths of “Islamism”—a hate-filled, supremacist and all-encompassing ideology of political Islam that mixes religion and state, and seeks to impose its “distorted interpretation of Islam” on others, through a theocratic government based on medieval concepts of Islamic jurisprudence (fiqh) also known as shari‘a.

On June 28, 2011, the White House published its “National Strategy for Counterterrorism” (“NSCT”).  AILC’s leadership team has reviewed and jointly drafted this communiqué in response to the NSCT, in order to provide policy makers, public intellectuals, the media and the general public with concrete insights from American Muslim leaders, who regard it as our human and religious duty to speak out against terrorism, and more importantly, against the ideology that underlies and animates it.

AILC members have joined together to help wage, and win, the ideological struggle (jihad) against Islamism from within the House of Islam. As Muslims who categorically reject the notion that there is any conflict between our faith and loyalty to our nation and its constitution, we feel a profound sense of responsibility to respond to the NSCT; to commend its merits; identify areas that cause us concern; and respectfully recommend that the U.S. government adopt certain approaches that we believe will facilitate the successful implementation of the NSCT, and help achieve its national and international peace and security objectives.

We commend the NSCT for:

We are concerned that the NSCT:

The latest National Strategy for Counterterrorism should be commended for acknowledging that ideology (“a distorted understanding of Islam”) is a critical factor enabling al-Qa’ida-style terrorism. For if we truly hope to defeat al-Qa’ida and its affiliates, we must recognize that the struggle against terrorism is first and foremost ideological, rather than “kinetic,” as Ayman al-Zawahiri himself has repeatedly stated (e.g., “The majority of this war takes place in the information terrain”). We must also recognize the diversity of Muslim populations in the U.S. and abroad, and carefully select our counterterrorism partners on the basis of their principled rejection of al-Qa’ida (i.e., Islamist) ideology, rather than on the basis of tactical differences they may have with al-Qa’ida, when the ultimate objective they hope to achieve (the establishment of a theocratic state, and/or caliphate) is virtually identical. And we must develop a comprehensive, proactive strategy of our own, which demonstrates to Muslims around the world that their faith is more secure in an environment that promotes and protects the freedom of each individual.

The American Islamic Leadership Coalition was formed in order to provide a platform and an alternative voice for Muslims in North America. We offer the above thoughts to our government, and our fellow citizens, in the hope of fostering a more serious and mature national conversation about Islam, in order to resolve our current “institutional paralysis” in the face of extremism; defend our nation; and help “to restore the majesty of Islamic teachings as rahmatan lil ‘alamin—a blessing for all creation—which represents a vital key to building a peaceful world” (Kyai Haji Abdurrahman Wahid, writing in The Illusion of an Islamic State).

[2]“Congress shall make no law respecting an establishment of religion, or prohibiting the free exercise thereof,” “The Constitution of the United States,” Amendment I.